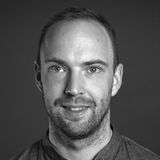 von Martin Schlak 14.10.2016, 15:13 Uhr
I was a spy in RT’s German office in Berlin. Here is why RT.com’s news article about my story is just the perfect example of how the Russian propaganda works.

About my time at RT, Berlin office

I was a spy in RT’s German office in Berlin. Here is why RT.com’s news article about my story is just the perfect example of how the Russian propaganda works.

The text which reads as a news article is not entirely wrong. But it leaves out important aspects, is biased and misleads by using a catchy headline.

So here is what happened. I applied for an internship of three weeks in RT’s Berlin office. It was not hard to get in, given that RT is currently hiring journalists and thus wanted to find out whether I qualify for a job. My mission, however, was to find out how “Russian truth” is being made.

The political views of the online editors in the Berlin office which I met are left-wing. No one openly sympathizes with the German right-wing AfD party („Alternative for Germany“) which is however disproportionately present on RT Deutsch’s website: The readership is strong on both extremes of the political spectrum.

The common denominator of the editorial staff is an anti-American attitude which allows them to accept being Putin’s advocate with a shrug. They sometimes joke amongst each other about being part of the Kremlin’s propaganda machine. The online output editor sometimes invites his colleagues to the morning conference with the ironical words: “Friends of propaganda.”

Things became interesting when the picture of Omran Daqneesh, the #aleppoboy, was released and quickly went around the world. After following the discussion in RT’s morning conference with the editors, I started wondering: Was this a real war document or a piece of Western propaganda against Assad’s ally Putin? I have to admit that, in that very moment, I found the latter version of the event as likely as the one promoted by other “mainstream” news websites (by the way, that was not after two days, as RT.com writes). My doubts were, as I realized later, triggered by the fact that I was surrounded by colleagues who argued it was propaganda and that, on a personal basis, I was getting along with them well.

The reason why RT’s news is that appealing: It can rarely directly be unmasked as a lie. RT’s propaganda is, on the contrary, subtle and smart, seizing on doubts that many people have. From what I experienced, the actual aim of RT is to question the official version of events and to raise doubts about official Western sources. For that, RT constantly relies on dubious internet sources which the editors do not check themselves. It is likely that some of these sources are spread by the Kremlin itself, as the New York Times pointed out in an in-depth investigation about the Russian propaganda machine.Thus I conclude: „In the offices (in Berlin) truth is not being made. It is dissolved.“

I noticed that, though there are no daily guidelines coming from Moscow, it is obvious to each editor which news is “fit to print” and which one is not – which, by the way, is exactly the kind of behaviour RT accuses Western mainstream media of. In addition, Russian editor-in-chief Ivan Rodionov, a strong advocate of the Kremlin, adds the right spin to the stories.

For example, I once proposed a report about Russian mercenaries fighting in the war in Syria. An independent Russian news agency had uncovered that the Kremlin allegedly employs mercenaries to hush the real number of Russian victims in the war. But my proposal was not accepted by the editor-in-chief. Of course, it is normal that not every proposal of each employee makes it into a news outlet. But in this case Rodionov completely ignored my messages and questions to which he normally responded very quickly.

After three weeks, I concluded: RT is not just one more news site. It is a website with a strong and potentially dangerous agenda. It does the opposite of what I tried to do during my internship: truly understand what happens on the ground by making first-hand experiences and interpreting them on the basis of facts and evidence. I described my own prejudices and self-observations during the process as clearly and transparently as I could – and it is somewhat ironic that RT uses such attempts of being balanced as evidence against the mainstream media within which they took place.

At least, RT correctly sums up my conclusion: “Schlak eventually overcame his doubts and remained an MSM (“mainstream media”) supporter.”