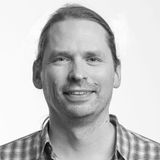 Patience, people. That's Apple's message to its European followers. While the California computer maker will start selling its eagerly awaited "iPad" tablet on April 3rd in the U.S., customers in Paris, London and Munich will have to show a little zen. They won't be able to buy the novel Internet surfboard until the end of April. Plenty of time for little-known German IT outfit Neofonie to grab some headlines with its cheekily named "WePad" - a touch-screen tablet promising similar functionality at a lower price, and without the restrictions that Apple imposes on software in its "App Store", which serves the iPad as well as iPhone and iPod Touch.

As customers and partners know, Apple can be a fickle mistress. In numerous cases, the company has proved willing to wield absolute power over the closed system of hardware and software that it controls. Since the App Store opened in 2007, a variety of apps have suddenly disappeared due to alleged violations of Apple's rules, such as a no-nudity clause. (In fact, stern.de's own iApp was briefly banned a while ago for supposedly revealing too much skin.) In addition, Apple has so far refused to support Adobe's Flash technology in the browsers of its mobile iDevices, citing technical reasons. The multimedia software is used for almost 75 percent of all video streaming on the Web, according to Adobe.

"WePad" maker Neofonie, in contrast, promises "an open approach" to all aspects of its product. "We don't want to put up any barriers for our users, partners or software developers", says chief executive Helmut Hoffer von Ankershoffen. For its tablet, the Berlin-based company uses many of the same, off-the-shelf components common in netbooks - which helps to keep the cost down. Powered by an Intel "Atom" processor running at 1.6 gigahertz, the iPad rival offers an 11.6-inch touchscreen with a resolution of 1366 by 768 pixels. That's slightly bigger than the iPad's 9.6-inch display at 1024 by 768 pixels. The battery, Neofonie says, will last about six hours, which is notably less than the ten hours Apple claims for its iPad. For both devices, these numbers are theoretical at this point, real-world results may differ. At 800 grams (1.8 pounds), the WePad is about 100 grams heavier than the Apple tablet, and on pictures, at least, it comes across as elegant but not quite as svelte as its competitor from California. (For a glimpse of the final product design please click here)

On the other hand, WePad users get two USB ports to connect peripherals and can expand the built-in memory (16 or 32 GB) with an SD card. Video chatting will also be possible, thanks to a 1.3 megapixel webcam. The iPad does not offer any of these features, but Internet connectivity is similar. Both Apple's tablet and the WePad come in two versions with either Wi-Fi only or Wi-Fi and 3G cell-phone service combined. No word yet on WePad carrier options or how much mobile users will pay for monthly service. The price for the device itself has not been announced either, but Neofonie says its multimedia tablet will be "cheaper than the iPad".

Despite going head-to-head with Steve Jobs & Co., the challenger from Berlin claims to mean no harm. "Apple has great products, and we're happy to see user experience becoming more and more important, in no small part thanks to the success of the iPhone", says Neofonie CEO Hoffer von Ankershoffen. "We're simply offering an alternative for people who are looking for something different and more open." His company of 170 people is a surprise contender in the newly emerging market for portable Internet devices. Founded in 1998, Neofonie is best known in the industry for software solutions, such as its "WeFind" search engine, which also powers search at stern.de. The social element present in many of the company's products also accounts for the WePad's name, according to the chief executive. "We think social features are important, it's about more than just the 'i'", says Hoffer von Ankershoffen, professing not to be worried that Apple might sue over the name. "The word 'we' is a part of several of our products, and 'pad' cannot be copyrighted. So we believe we found a very good name."

In terms of software, the WePad employs familiar technology as well: Its operating system is based on a customized version of Linux, capable of running Google's Android software. That way, any application offered through the Android Market store - currently more than 30,000, both free and paid, according to Google - will also run on the WePad, Neofonie says. In addition, the company plans to offer other software as well. "We came up with the new concept of a 'meta app store'", says Hoffer von Ankershoffen, "integrating apps from various sources to give users as broad a choice as possible."

Compatible with Adobe Flash and AIR

Like all current tablets, the newcomer from Berlin relies on touch sensors and finger gestures for user interaction; no plastic stylus necessary. In a crucial distinction from its Apple rival, however, the WePad does support Flash, meaning websites like the New York Times, BBC, Lonely Planet, and many others that use Adobe's multimedia plug-in will be properly displayed. Similarly, the WePad is compatible with Adobe AIR, a software that enables stand-alone applications based on Flash. The advantage of the technology, Adobe says, is the ubiquity of Flash, which runs on all common operating systems, Windows, Macintosh, Linux, and now Android, making it easier and more efficient to develop applications for a broad range of devices.

Publishers may appreciate the AIR and Flash support even more than couch surfers. Many of them, all over the world, are currently developing electronic versions of their newspapers and magazines, hoping that multimedia tablets will generate additional revenue from digital content. While Apple is wooing publishers with its new "iBookstore", its closed-system approach requires special effort and limits control for content owners. Neofonie, meanwhile, tries to position itself as the ideal solution for publishers going digital, pointing to its open platform and promising not to interfere with content choices. (Full disclosure: One of Neofonie's strategic partners is Gruner+Jahr, publisher of stern magazine and this website. The companies co-developed a new "stern eMagazine" based on AIR, scheduled to launch in the near future.)

Digerati eager to get their hands on the new tablet will, however, have to show just as much patience as with Apple. "We will release further details on our partners and product timeline on April 12", announces Helmut Hoffer von Ankershoffen, declining to be more specific about the launch date - other than to say: "We will quickly follow the iPad."